This week we continued to learn about the World Cup by researching some of the qualifying countries. We used the atlases and the iPads to find out where the countries were, what languages are spoken in the different countries, what their flags looked like, etc. Once we had found out the relevant information we worked with our partners to create information posters. 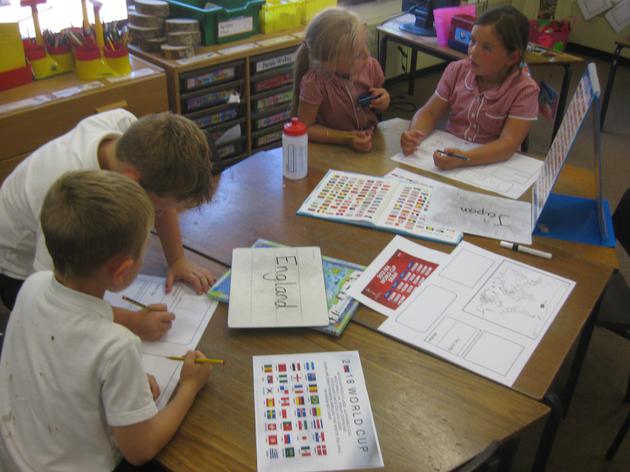 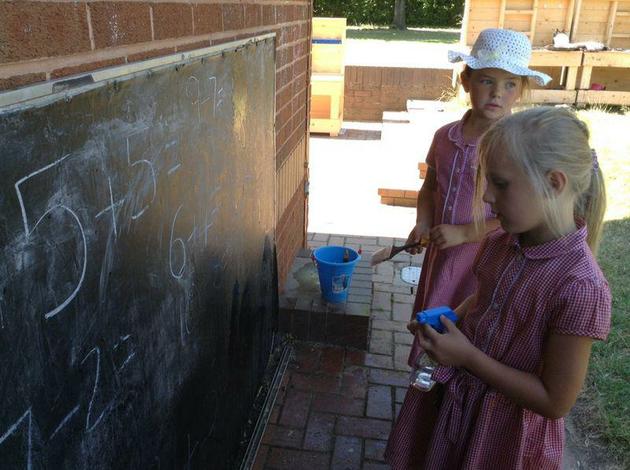 In Welsh, we learnt the question 'Beth wyt ti'n eisiau?' (What do you want?) and how to respond. In PE, we continued to play football games to improve our control over the ball.

On Tuesday we were very lucky to have the chance to play the blow up penalty shoot out game. The children were fantastic and we even scored some goals! 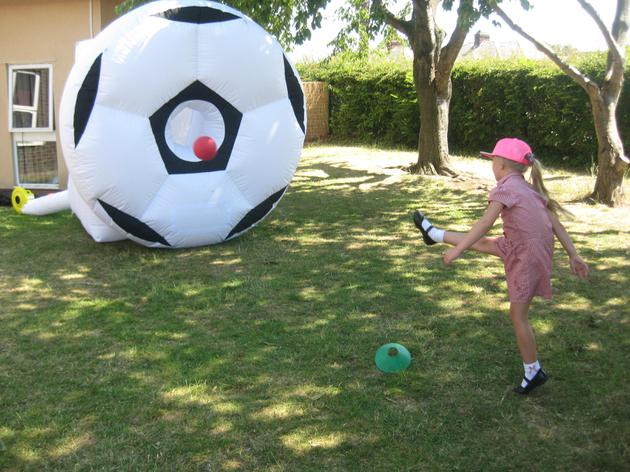 During choosing time we took part in lots of different activities, including:

- Playing the Add 10 game against each other

- Drawing and labelling maps of the UK

- Labelling the white lines on a football pitch

- Following recipes in the mud kitchen

After spending last week learning about the Welsh legend of Princess Melangell for the Eisteddfod, the children were keen to learn more about her! We decided to try and tell the story from the prospective of the princess. We started with some role play to get the children into role. 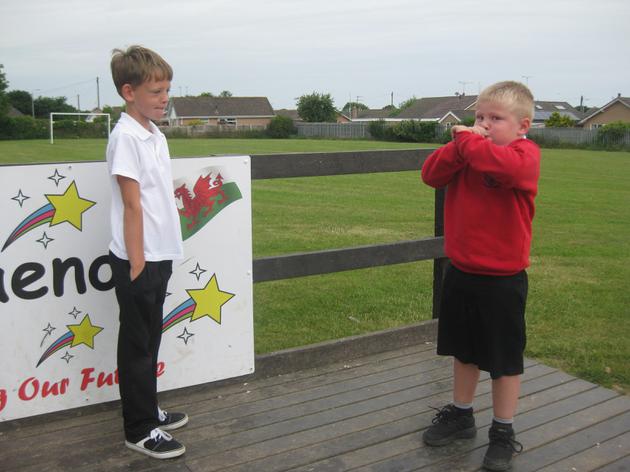 We then went on to use the Chatterpix app to create videos of Princess Melangell telling the story herself. 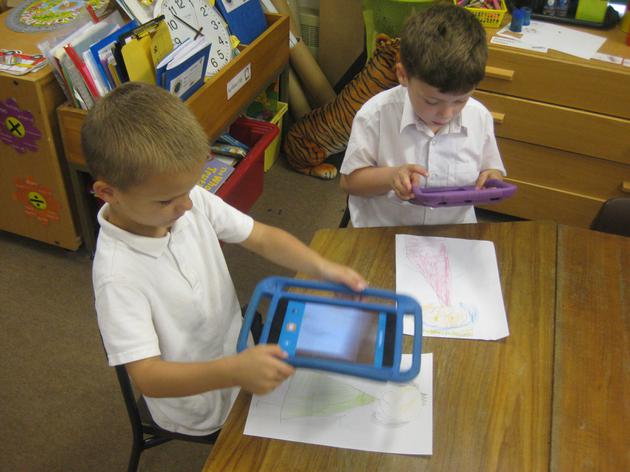 Later in the week, we got stuck into our new World Cup topic by following our first enquiry. Do Manchester United, Brazil and Bodelwyddan play in the World Cup? We looked at a map of the UK and learned that the UK is made up of Wales, England, Scotland and Northern Ireland. We then used the iPads to find out where some of our favourite teams are from in the UK. We talked about how these teams are in different countries. 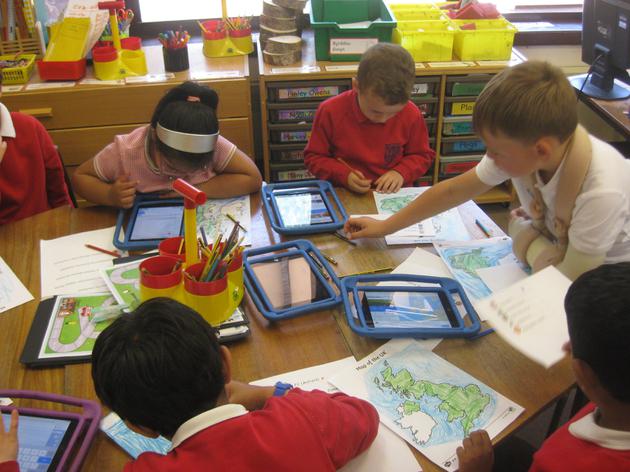 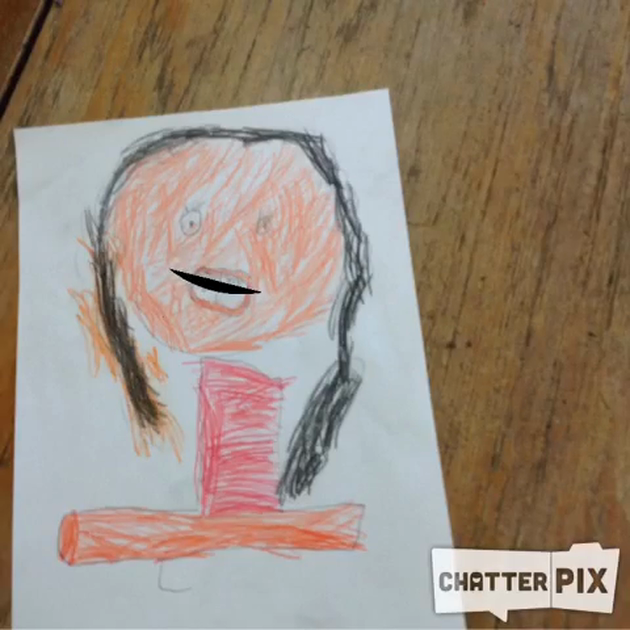 This week we continued to deepen our understanding of 'Jack and the Beanstalk' by acting as different characters from the story. We started by looking at a picture from the story and discussing with a partner what the picture was showing us. We then had to become the character to role play a short scene. The children were fantastic! We then went on to use the Chatterpix app to record ourselves talking as story characters.

We also wrote letters to Jack from the Giant to explain his behaviour. Some children had very interesting ideas about why the Giant chased Jack! 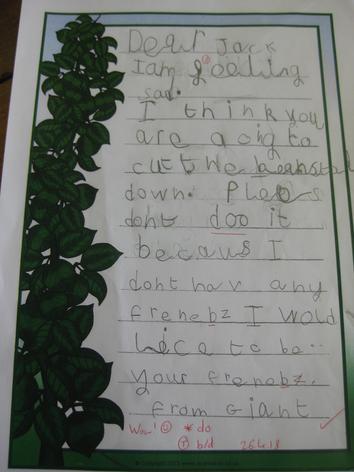 In maths, we looked at how to solve 2 step money problems. We used bar modelling to help us visualise our thinking and show how we had got to our answers. Then we moved on to capacity and used our estimation and measuring skills to find out how many litres/cups of water would fit in the different containers. 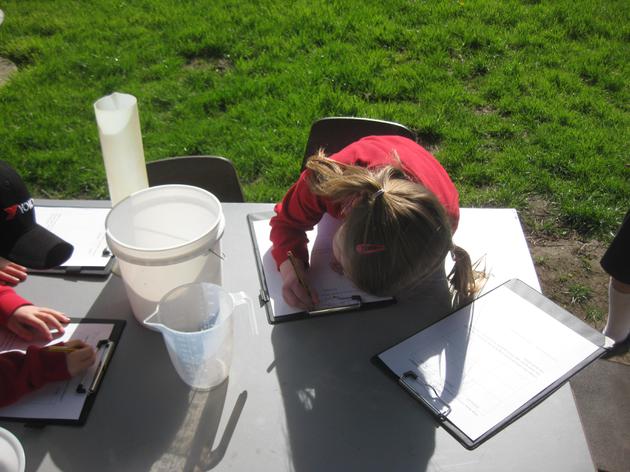 In Welsh we practised answering 'Beth wyt ti'n hoffi?' and then wrote sentences about minibeasts in our books.

We also had lots of fun in the enhanced provision areas this week. The favourite challenge was planting cress seeds to create a cress head! 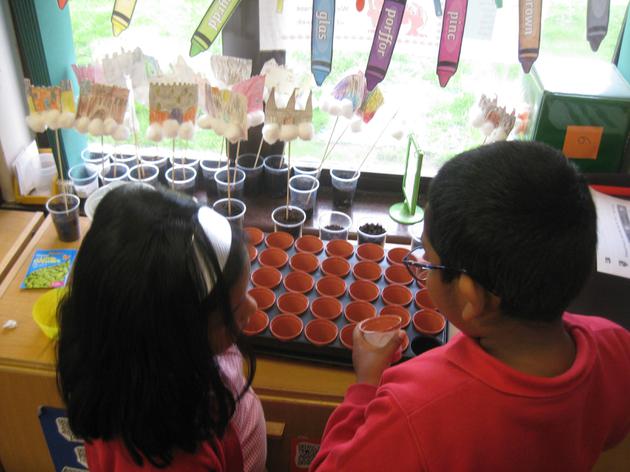 Monique Jack and the Beanstalk.mp4 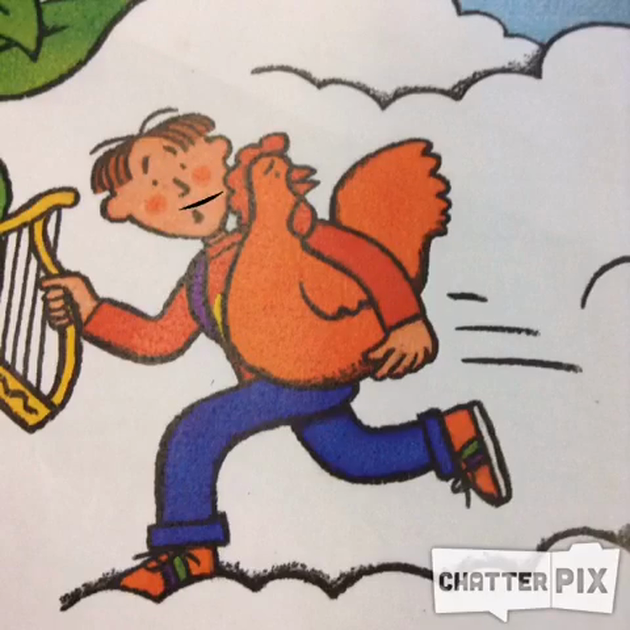 This week we have been working on our Talk For Writing project and did our 'have a go' session for writing the story of Jack and the Beanstalk. We also continued with our collaborative learning project by playing some barrier games with Miss Redhead.

After talking about Jack's magic beans we decided to plant our own magic beans to grow beanstalks. We worked in the polytunnel to plants the seeds and then worked with Mrs Constanzo to draw castles for the beans to grow towards. 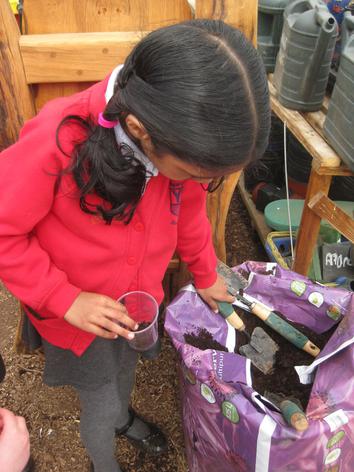 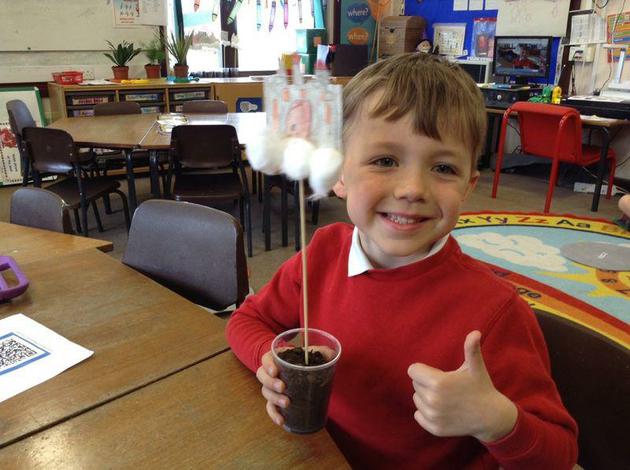 On Thursday we did some acting as we became different characters from Jack and the Beanstalk. We looked at pictures from the book and talked about how the characters would be feeling and what had happened to make them feel that way.

We have also been getting to grips with using Seesaw and for one of our Knowledge and Understanding of the World focus tasks, we labelled a picture of a plant using the Seesaw tools. 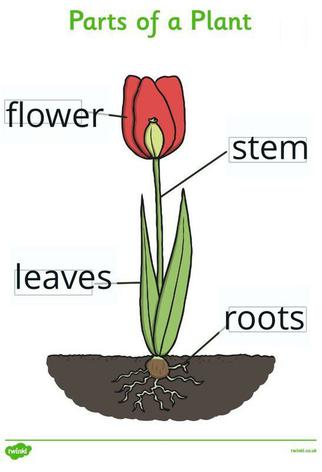 In maths we revisited different skills with a main focus on division. All pupils worked on splitting objects into equal groups and the Year 2 pupils worked on seeing the link between multiplication and division with the 2, 5, and 10 time tables. 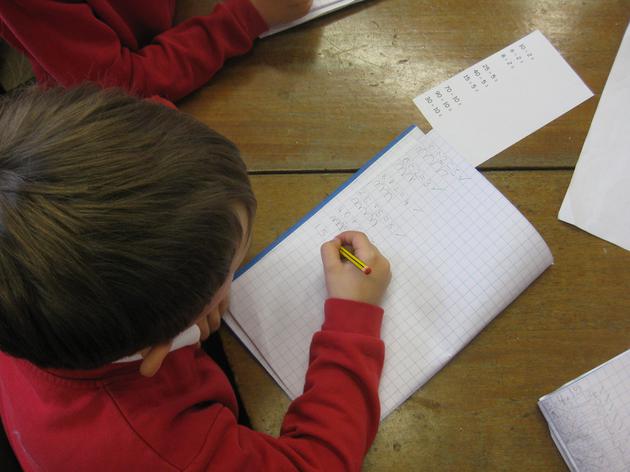 In PE we continued outdoor games with learning how to play a version of rounders (where the children kick a ball instead of hitting a ball). In Welsh we practised using the sentence starters 'Dw i'n hoffi...' and 'Dw i ddim yn hoffi...'

Welcome back! I hope you all had a nice Easter holiday! 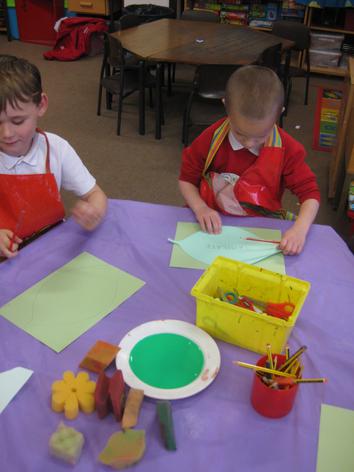 Our maths focus for the week was multiplication and addition. The Year 2 pupils practised their 2, 5 and 10 times tables in lots of different ways, and even learnt some tricks to remember them quickly! The Rec/Year 1 pupils focused on problem solving with addition.

In PE we started outdoor games with a game called 'Cats and Mice' where the children have to dodge and weave to keep hold of their tails! 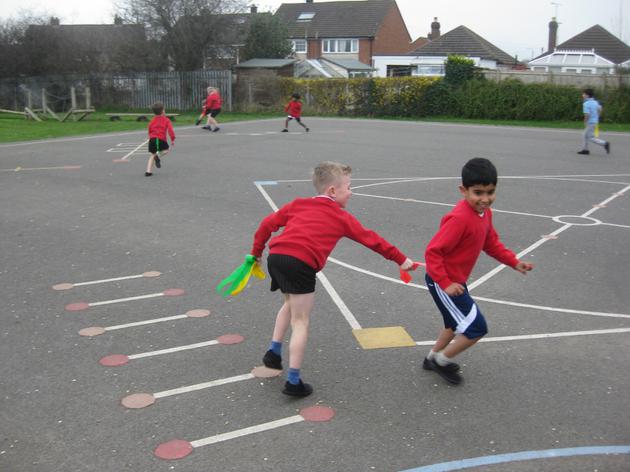 We also had our new challenge charts this week which we have until Friday 20th April to complete!